What Do We Know About Acupuncture And Arthritis?

Home/Inside Pain Blog/What Do We Know About Acupuncture And Arthritis?

What Do We Know About Acupuncture And Arthritis?

Worldwide, 175 million people suffer from some type of arthritis, with over 10% of the world’s population over 60 having some symptoms of osteoarthritis. With these numbers, arthritis is the fourth leading cause of years lived with a disability, and by the year 2030 researchers predict that 67 million people in the U.S. alone will have some form of arthritis. Those 175 million people are all looking for ways to reduce their pain and symptoms. What if an ancient remedy held the key? Here’s what we know about acupuncture and arthritis.

Acupuncture and arthritis: The basics

Before you can get a good idea of how acupuncture could work to relieve your arthritis symptoms, it’s important to know what type of pain you’re experiencing. The two most common forms of arthritis are osteoarthritis and rheumatoid arthritis. They share some common symptoms but are developed differently in the body.

Osteoarthritis is a “wear-and-tear” condition that affects the joints. As joints age, the cartilage that protects the end of the bones that connect to form joints begins to wear down. Over time, the bones can grind together, causing bone degradation. Even before bone degradation, an osteoarthritis sufferer will feel pain and inflammation in the affected joint. This condition is permanent and not reversible. In some cases, the degradation is such that surgical repair or replacement is necessary.

Other symptoms of osteoarthritis include the following:

Obese people subject their joints to more pressure due to increased weight and thus suffer more osteoarthritis than non-obese people. Because obesity is more prevalent in people with a lower socio-economic status, that demographic is more likely to suffer from osteoarthritis and less likely to have their condition treated.

Osteoarthritis may be a result of old age and repetitive motion that occurs mostly in the elderly population, but there is a form of arthritis that can strike at any age.

Rheumatoid arthritis affects the joints, ligaments, connective tissues, and tendons in the body. It usually appears during a person’s most productive years (20-40 years of age). This type of arthritis is more common in developed countries and occurs more frequently in women than men. 50% of people who develop rheumatoid arthritis are unable to work full-time within ten years of diagnosis.

Symptoms of rheumatoid arthritis are very similar to symptoms of osteoarthritis but can also include:

Early and aggressive treatment is important when diagnosed with both types arthritis. In addition to medical interventions that can include non-steroidal anti-inflammatory drugs (NSAIDS) along with other specific medications to control pain and infection, there are simple lifestyle changes that can be made to slow or halt the progression of arthritis.

In addition to acupuncture and arthritis, the most-commonly prescribed treatments that work include the following.

Movement every day keeps the supporting muscles strong and helps promote flexibility and increased range of motion. Practicing yoga helps with the body’s alignment, meaning that all joints and muscles are working in a balanced way to prevent uneven wear and tear.

If you are currently carrying a few extra pounds, starting and maintaining a daily practice of exercise can go a long way in easing arthritis symptoms. Making dietary changes to help drop the weight does not have to be complicated or difficult. Start by increasing water intake, adding more fruits and vegetables to your daily diet, and limiting processed foods. Concentrate on lean protein, healthy fats (omega 3s are great for muscles, the brain, and your joints), and whole grains.

Smoking and drinking are risk factors for both rheumatoid and osteoarthritis. Although some studies suggest that consuming alcohol in small quantities has health benefits, there are no studies that indicate any benefit from smoking on any body system. In fact, smoking increases the risk of arthritis and has a negative impact on the heart, the weight, the mood, and the wallet. Save your money, save your life, and kick that habit.

If you’ve already gotten into a better exercise and diet routine, however, you may want more focused help. That’s where acupuncture and arthritis come in. 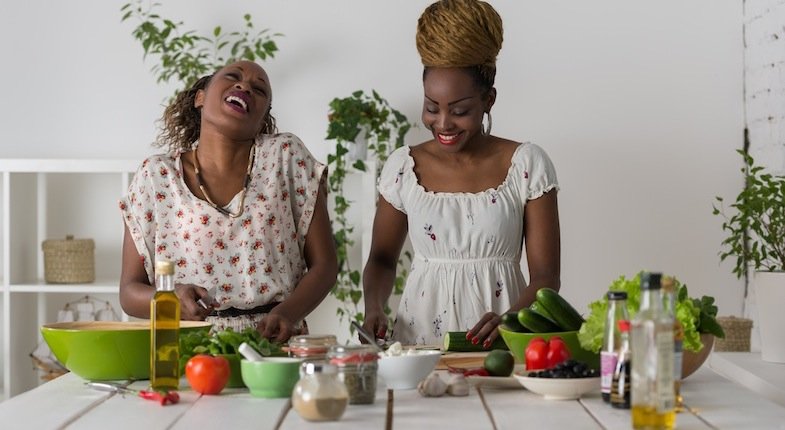 What is acupuncture, and how can it help with arthritis?

Acupuncture’s popularity has been increasing, and it’s now considered a viable treatment for a host of conditions. However, despite the popularity of acupuncture, many people don’t know how it’s performed or why it works. This practice, which involves the insertion of thin, sterile needles into specific locations, has been around for hundreds upon hundreds of years, although it has undergone a few changes.

Acupuncture is based on ancient beliefs surrounding the body’s life energy. Traditional Chinese medicine proposes that the life energy, or qi (pronounced chi), flows through meridians in the body. Meridians are like pathways or channels, and the qi in each meridian affects a certain part of the body. According to traditional Chinese medicine, pain, illness, and disease occur when the flow of qi is interrupted or unbalanced.

The needles are inserted at specific points along the meridians to restore balance to the qi. Modern science has not only proven that acupuncture can indeed be effective for several different conditions, but it’s provided an explanation for why it’s effective.

The research behind acupuncture

The concept of meridians and qi has not been proven and has been rejected by many modern scientists. Instead, modern Western societies believe that acupuncture’s efficacy can be explained by the nerves. Acupuncture points are thought to be spots on the body where nerves, muscles, and connective tissue can be stimulated. This increases blood flow while triggering the release of the body’s natural painkillers. Other modern theories suggest that the acupuncture needles trigger a response from the immune system, thereby rousing the body’s natural defenses.

Studies have been done on acupuncture’s ability to treat different conditions. Some, such as hot flashes during menopause, don’t respond at all to acupuncture. However, a lot